Northern Kruger is dominated by mopaneveld flatlands with few geological features, with the exception of the Shingwedzi area where there are extensive, well-wooded alluvial floodplains.

The birdlife of the North of Kruger park is very rich where there is a combination of riverine bush, mixed woodland and open grassland, but rather poor in the areas of pure Mopane. 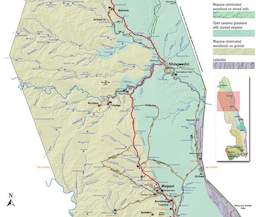 Vast tracts of mopaneveld in scrub and intermediate form around Mopani; few hills, alluvial floodplains and an extensive river system around Shingwedzi; grassland, stunted and tree Mopane on the higher countours; mixed woodland to the west.

Northern Kruger is dominated by mopaneveld flatlands with few geological features, with the exception of the Shingwedzi area where there are extensive, well-wooded alluvial floodplains. These floodplains support some beautiful old specimens of Ebony Jackal-berries, Nyalas and Sycamore Figs that line the Shingwedzi and Mphongolo Rivers.

One of the features of the north is how both Mopani and Shingwedzi Camps have been transformed by the construction of dams nearby. Kanniedood near Shingwedzi, and Pioneer Dam at Mopani have radically altered the ecosystems of the respective areas by creating permanent water sources. These now attract waterbirds, which were absent from the mopaneveld before human intervention.

In stark contrast to the riverine forests and the riverside bush are the stunted mopaneveld grasslands on the higher contours. These are mixed grasslands becoming more wooded to the west. The dry climate does not support the large herds of game to be found in central Kruger. Shingwedzi is famed, however, for its elephants that can usually be seen on the sandy riverbeds all year round.

The birdlife of the north is very rich where there is a combination of riverine bush, mixed woodland and open grassland, but rather poor in the areas of pure Mopane. 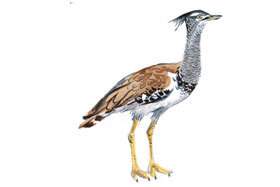 Large grassland resident with distinctive dark crest; known for its elaborate courtship displays and deep, booming call; found in lightly wooded grassland around Satara and in the mopaneveld between Shingwedzi and Klopperfontein. 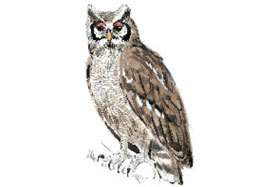 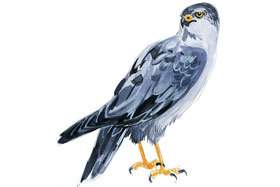 This uncommon summer visitor is usually seen only between November and March; it is similar to Montagu's Harrier, except that it has no brown streaks on its pale underparts; it flies low over the veld and is seen most often in the savanna grasslands north of Shingwedzi. 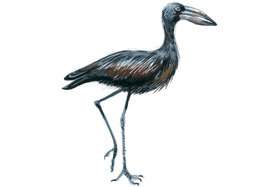 This small, black stork is a tropical bird with a light brown bill. It hunts fresh-water mussels, the remains of which are sometimes seen around the water holes of northern Kruger. It is capable of soaring at great heights and is found singly or in flocks around large rivers, pans and dams.

Lion are often active in the area late in the day, preparing for their night-time hunt in the riverine bush. Buffalo and waterbuck are their most favoured prey in this part of Kruger.